In my previous ‘Deal breakers’ post, I discussed a list of my big no-nos in terms of attraction. I tried not to be too harsh to men in the post but I can see how it could come across as men bashing. So I thought I’d write a little post in an attempt to prove that I’m not an angry feminist, or a feminist at all while we’re on the subject. In this post I’m going to attempt to write a list of things that initially attract me to men, or that I find important when dating. It was harder than I expected to write positives without just stating more negatives. I think this screams volumes as to just how much of a ‘Pessimistic Paula’ I really am. A lot of this is stating the obvious, but when I got to thinking about it, I like some really weird shit. Anyway, here goes…

1. Beards. I openly talk about my hatred for beards, I think they’re gross, dirty and I think it’s hard to see what a man looks like underneath them. Are they fat? Do they have a really pointy chin? Who knows? Nobody knows. Having said that, I must subconsciously like them because nearly every single man I have ended up with has had a beard and I still consider 50% of them reasonably attractive. So go figure.

2. Bums. I’ll admit that I am a gigantic pervert for a good bum. In the summer when men have their posteriors out on full view in all their glory, I eye them like a hawk. When I spot one I like, usually in my head I’ll say something pervy and/or pimpy such as ‘dat ass’ and nod my head at them in congratulations. It’s OK because they never see me do it as they’re not facing me.

3. Muscles. I don’t mean big scary hulk muscles, but a well toned man is very much preferred to a fat or skinny guy. I cannot think of a way to describe the perfect physice, but if you Google Jake Gyllenhaal circa Love & Other Drugs, Then that’s it. Perfection. Dayyyyyyyam

4. Compliments. Un-staged compliments are the best. Ladies, if you have a man who notices when you’ve had your hair done, then hold on to him tight, because in most scenarios you have to fully shave your head and perhaps etch a Nike swoosh into the back of your head and perhaps take all your clothes off before a lot of them will notice any change has occurred.

5. Manners. Opening doors, pulling out chairs yada, yada, that shit is nice. Also, carry our shit. We love it when you carry our shit for us. It probably goes back to 90’s high school films where the guy always carries a girls books to class for her. I don’t know why, but it’s good, so do that.

7. Swimmers. I know this is really weird. But for some reason I’m really attracted to men who are good at swimming. It’s always been a thing and I think it stems from my lifelong disappointment in Mark Foster being gay. Or possibly from watching too much Baywatch as a child.

8. Interesting. I like to be shown new things, this could be music, places, Gin based beverages that I haven’t actually tried yet (as if). Think Aladdin when he took Princess Jasmine on the best date of all time, when he sung her ‘a whole new world’ and took her around the pyramids on a MAGIC CARPET. That’s the sort of vibe I like. So, err, good luck with that guys. No pressure.

9. Filth. I have a crude, disgusting, sick and politically incorrect sense of humour. A potential partner must also posses these qualities. In fact, I’d say it is the most important one on the list. I could never be with someone who is non-stop offended by me, also, down the line, how would I ever introduce them to my wildly inappropriate family. They would get eaten alive.

10. Dope Walk. A willingness to dance and embarrass themselves is high up there. Hip-hop, trap and garage are all genres that dancing to should be made compulsory. I’ll be disappointed if I don’t meet someone who will do ‘the worm’ on the dance floor at a function like a wedding or party. In fact, I’m going to use this as my definitive measure of how I will know when I’ve met ‘the one’.

12. Using my name. One of the things Beyonce, Kelly, Michelle  and I can all agree on is the line ‘say my name, say my name’. It’s another one of my weird attractions, but when a man addresses me by actually using my name then that’s good. Perhaps that’s just because it clarify’s on a first date that he hasn’t instantly forgotten my name, like I most probably have his.

13. Foreigners. This, like the beard thing must be a sub-concious thing. I don’t actively seek out men that don’t live in the UK or anywhere near London, but it always seems to happen. This most likely stems from commitment issues and seeking out unobtainable men. Good one Lex.

So if anyone knows any men with all of the above qualities, hook a sister up. Or alternatively if anyone can help me track down Jake Gyllenhaal then that would be splendid. I mean, LOOK at him. 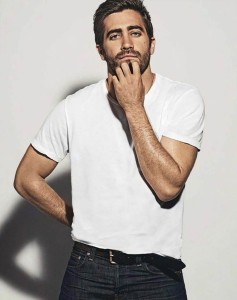 A London based Gin enthusiast whose thoughts exceed 140 characters. View all posts by Lexy Butler 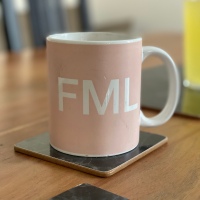 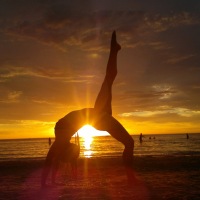 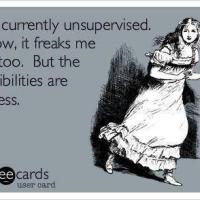 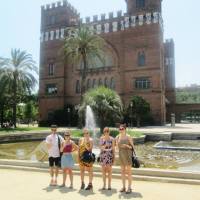 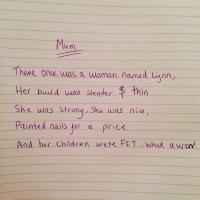